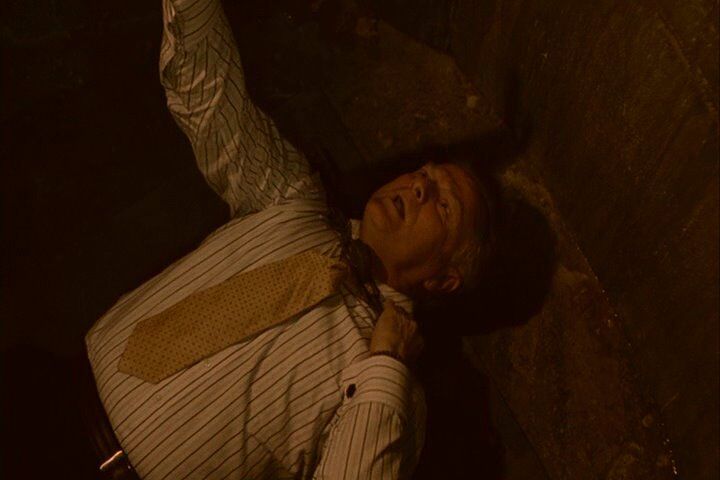 We have entered the top 5! The third installment of the SAW franchise follows poor Jeff as he traverses a game that includes all the people involved in his son’s death. Jigsaw decides to test Jeff because after his son’s death, Jeff neglects his wife and his daughter. Then, as we learn in SAW VI, Jigsaw can relate to Jeff. Jeff’s second test requires him to save the judge that gave a light sentence to the man who was responsible for his son’s death. The only requirement, is that Jeff has to burn all of his son’s toys.

Jigsaw’s Explanation: “Jeff, when the judge presiding over your case sentenced your boy’s murderer so lightly, your soul never recovered. Now, you have the power to sentence his soul straight to hell. Or, you could forgive. The key that will free him is hidden inside your son’s possessions, possessions you have clung to for far too long. Now if you flip the switch on the incinerator underneath you, a fire will cleanse you of this obsession and destroy them all, leaving only the key remaining. It is also the key that will bring you closer to the man accountable for taking your child. He doesn’t have much time, Jeff. Let the game begin.”

How it works: A victim is placed at the bottom of a large vat. Above them, large rotten pigs are shredded into pig goo and then dumped onto the victim until they drown.

Why I like it: This trap took so many viewings for me to be able to watch it without cringing and gagging. This has got to be one of the most excruciating traps in the series. The victim is just trapped there while rotten pig guts are dumped on them and they just wait until it finally consumes them… and THEN they have to drown in it. All the meanwhile some sad sack of shit is dicking around. Imagine the smell.