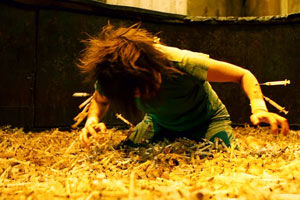 It’s not a coincidence that the further along this list we get the order of the movies is from 7 – 1. Entry #4 brings us to SAW II, the film that took the concept of SAW I and took it to a much bigger scale. Instead of just one trap in one room involving two people, we’re in a whole house with eight victims. The trap is filled with eight traps, one for each of the victims and are themed around their flaws.

Jigsaw’s Explanation: “Hello, Xavier. I want to play a game. The game I want to play is very similar to the one that you’ve been playing as a drug dealer. The game of offering hope to the desperate, for a price. I think we can agree that your situation is desperate. So I offer you hope. The price that you pay is that you must crawl into the same pit of squalor you force your customers into. By entering this room, a timer has been started. When the timer expires, the door in front of you will be locked forever. Only in finding the key before the timer runs out can you unlock and retrieve the antidote inside. I will give you just one hint as to where that key is: it will be like finding a needle in a haystack.” 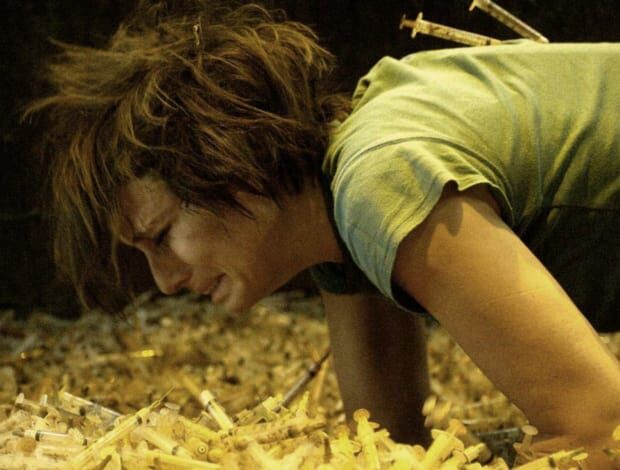 How it works: It’s simple, a key is attached to a needle and the victim has to find said key in a pile of… other needles.
Why I like it: First off, the design is simple and the aesthetic is terrifying. Just imagine all the glass and needles picking at your skin. The pain is incomprehensible. So, as I mentioned above, this trap was designed for a specific member of the group of victims, Xavier. And no, that is not Xavier you see in the photos. What happens is, Xavier shows his true cowardice and forces a different member of the group, Amanda, into the pit to do the task for him. This look into the character of Xavier is nothing compared to the fact that, as we learn through these films, Amanda is a recovering drug addict. She was forced into her first trap for this. The insight into Xavier’s character, the deeper meaning this scene holds for Amanda, not to mention the other secret she’s hiding, and the design/aesthetic of the trap as a whole all help make this trap one of my favorites.